Tim is a founding partner with the law firm of Michow Cox & McAskin, LLP. His practice includes representation of Colorado municipalities and counties on a broad range of local government matters.

From September 2007 through December 2020, Tim served as the City Attorney for the City of Lakewood, the largest municipality in Colorado to contract for legal services. As City Attorney, Tim was a member of the City’s Leadership Team and provided day-to-day legal advice to the City Council and City staff on issues such as open meetings and open records, zoning and land use planning, contracts, real property, annexation, telecommunications, public works, and elections. Tim helped prepare the City for the advent of Light Rail in 2013, and has drafted regulations in such areas as construction defects and medical and recreational marijuana.

Prior to forming Michow Cox & McAskin in March, 2016, Tim was with the local government law firm of Widner Michow & Cox LLP. During that time, he became the Town Attorney for the Town of Lyons, a position he held for 11 years, including the challenging period following the devastating floods of September 2013. In addition to his duties for Lakewood, Tim has been the Town Attorney for Lochbuie, an Assistant City Attorney for Centennial, and has provided legal services to Central City, Leadville, and Park County.

Tim has also worked in the public sector, as an Assistant County Attorney, and later as the Acting County Attorney, for Jefferson County, Colorado. He provided legal counsel to the county administrator, the clerk and recorder, the sheriff and the public works, road and bridge, human resources, technical services, open space, facilities, and public information departments, among others. As Acting County Attorney, he supervised one of the largest local government legal staffs in Colorado, consisting of 22 attorneys and 13 support staff. He was the legal advisor to the planning director, zoning administrator, planning commission, board of county commissioners and board of adjustment on land use issues, and was responsible for handling all of the County’s land use litigation.

Colorado Municipal League. “Come Hell or High Water: The Role of the Municipal Attorney in Responding to a Catastrophic Flood,” Vail, Colorado, June 2014.

Denver Regional Council of Governments — Boards of Adjustment Workshop. “The Role and Authority of New Board Members,” Denver, Colorado, April 2001. 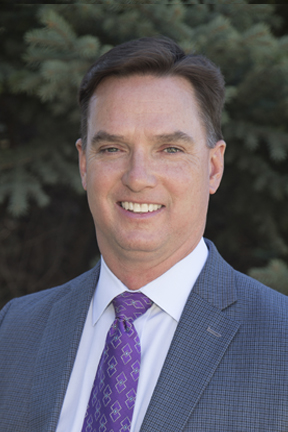